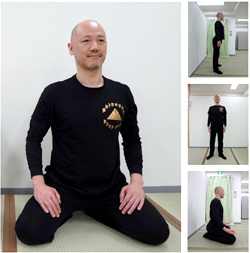 Satoru Suzuki, Master of A-Ray Style Chu Shin Qigong
Palm Reading consultant. Meanwhile, He has learnt A-Ray Style Chu Shin Qigong from Grand Master Yoshio Arai. By the expansion of awareness which Grand Master Arai has instructed, Satoru has recognized these matters: Everything in the universe is shared with everybody, and Qi, the origin of everything is “the Light (the great consciousness)”. Satoru’s instruction of Qi is very popular regardless of whether it is in a private class and a group lesson. The private sessions of Qigong cure/treatment/healing are, also, in high demand. 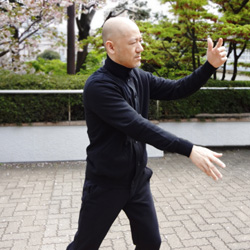 There are so many trainings which remove rust from your mind and body (unnecessary tension) to form and keep the condition which makes Qi flow in your body (Chu Shin Dance, Tai Chi, Hachi Dan Kin, and Chu Shin Dou).

This world has ultimately been built by consciousness. When we recognize that the ultimate of the consciousness is “the Light”, we’ll be able to dissolve all our troubles and pains. Basically, people have the potential capability to resolve such problems. It is Chu Shin Ryoku (central force) which draws a person’s ability to the maximum. The concrete practicing method which produces Chu Shin Ryoku (central force) is A-Ray Style Chu Shin Qigong.

I would like as many people as possible to spend happy days by recognizing existence of Qi and experiencing the bloom of the potential ability by expansion of consciousness.

Furthermore, I would like to support that you’ll master all skills related to “consciousness is the Light”, which is worthwhile. We hope you will be able to join us.